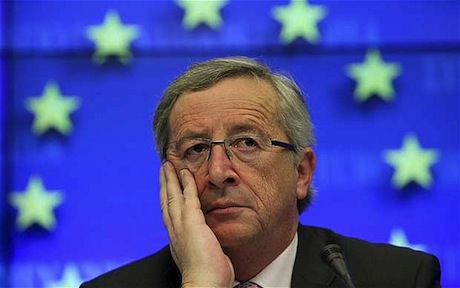 From looking at the majority of news outlets, it would seem that all of the drama regarding the European Commission is over. Junker was appointed, Cameron was disappointed, and now Brussels trundles on with its work.

However, despite the contest for President of the Commission been long concluded, a new political row may be emerging. The European Parliament – that institution which staked a strong claim for itself in the Junker debate – is threatening to reject the proposed commission if there is not a sufficient number of women. What sort of crazy demand is this from the feminists of the Parliament? They are seeking a Commission that contains 10 or more female members. 10 or more. 10. Ten. That’s not even half. As it stands, there are four women nominated, with five countries left to nominate. 19 men have been nominated so far.

No matter what your view on Europe, it is clear that the Commission plays an important role in setting the agenda for EU policy making, and it also plays a key part in setting the norms of that policy making process. To have such an institution resembling a board room from Mad Men simply isn’t good enough in a European Union that claims to be a gender equality champion.

This is clearly a sign of a collective action problem. As individual member states each nominate one commissioner, they do not feel the need to look to gender equality (whether they would or not if they were nominating more than one is possible but unknowable). While Junker, and indeed the other candidates for Commission President, called on the member states to take gender into account when nominating, it seems no one thought he meant them.

Is this simply a coincidence? Could it just be that it happens that the best candidate in 19 of the member states are men? Of course this is possible, but there are many, many reasons to be sceptical. Several EU member states have never had a female commissioner. Are we to really believe that in Portugal there has never been a woman who was best placed to be commissioner? Or Belgium?

Of course, the Commission is not alone in having this problem. The group photographs following European Council meetings have a significantly male tendency. This represents the situation in most EU governments and parliaments. To believe that this disparity is down to meritocracy is a profoundly sexist view. Evidence from studies of political participation in Europe and elsewhere points to various obstacles to female participation in politics. Key among these is the question of role models. As men have dominated the corridors of power for so long, it can come to seem natural that they would continue to do so. This makes it more difficult for women to imagine themselves in such positions, and makes decision makers associate men with positions of power in a way that encourages subconscious bias when appointing people to various positions – like to the Commission. That such bias is subconscious may lead us to forgive it. However, the secret is clearly out – why else would several countries be establishing, or considering establishing political quotas of some sort? Why else would Junker have made such a public call for gender to be considered in the nominations?

The exclusion of women from positions of power is perpetuated by a vicious cycle. It leads to poorer representation. It leads to worse decision making. It continues the false notion that there is an innate connection between decisiveness, power and masculinity.

A Blog about Academic Writing

Feminist Reflections on the EU at 60

The Disorder Of Things

For the Relentless Criticism of All Existing Conditions Since 2010

This is why I hate intellectuals

Politics in the Republic of Ireland

General Secretariat of the Council of the European Union